The Innovator Summit Offers an Amazing Peak Into the Future

RootsTech 2014 opened yesterday with the Innovator Summit held at the Salt Palace in Salt Lake City, Utah. This year RootsTech set aside an entire day to focus on innovative ways to address the issues that affect genealogists and look to the future. The conference is being held in a bigger venue this year allowing more people the opportunity to attend the largest genealogy conference in North America. Projected numbers indicate that RootsTech 2014 will qualify as the largest genealogy conference in the world!

Andrew Fox introduced findmypast and related that the company is looking to partner with other tech organizations to provide a Developer Platform to expand the use of the information held in their databases. He said that findmypast can benefit the world of academia in science and social science. He mentioned a few projects that are currently being researched using specific record sets. findmypast is continually evaluating how to use its data, recognizing that the applications are endless. The big announcement is that findmypast (FMP) is releasing the FMP Capture app that will allow individuals to record audio, upload photos, and store notes. Stop by the findmypast booth for a demonstration.

Chris Dancy of BMC Software and a data exhaust cartographer gave the keynote presentation. I had the opportunity to talk with Dancy before the session. It is obvious upon meeting him that he is futuristic in his thinking. Besides wearing Google glasses, he was wearing 11 sensors that provide data on his current state of being. Since we were at a genealogy conference, I asked him about his heritage. He told me that he comes from Irish and Nordic heritage. With his forward-thinking mindset, he has had his entire genome sequenced. Although he tested his DNA with 23andMe, he uses a company called Exogen Biotechnology. Inc. that monitors changes in his DNA on a regular basis. He uses this data to make adjustments in his lifestyle.

In his presentation, “Facebook for the Dead”, he discussed the fact that, organically, it’s easy to die. Death used be “dualistic,” meaning that not only do people die but their data files die too. Statistics state that 3.9 people will die during an individual’s lifetime and that more than 7,000 people died during Dancy’s presentation. Such a thought is daunting. Despite these sobering facts, Dancy talked about the ways that people live on beyond the death of their physical bodies. Historically, Egyptians had the Book of the Dead as well as the Scroll of Ani where people were remembered. Now we are remembered through the remaining bits of data in our digital world.

It’s hard to die digitally. People can be followed on Twitter even after they take their last breath. Dancy shared an experience he had in Las Vegas. He told the story of how he witnessed Michael Jackson being resurrected during a show wearing clothes Michael never wore before and singing songs he never sang. It was as if he had never died. This type of digital reconstruction is not only possible for Michael Jackson but for us as well. Dancy cited cost as the prohibitive factor.

“We are putting are lives online, and we are putting our deaths online,” and Dancy gave himself as an example. With the previously mentioned 11 sensors and 7 system monitoring him, he is able to record his vital information on a Google calendar. He is making a digital history that will live on long after he has died.

The dead are beginning to grow larger than life in the cyber world. Dancy urges people to evaluate the systems in their lives. He asked us to consider how our data will reflect who we are. He mentioned that social networking companies have varied terms of service that affect our information after we die. The record of our lives becomes complicated by these terms. He mentioned that Google was one of the better companies with their terms of service. Nevertheless, Dancy suggested that making it possible to link accounts and becoming aware of things that are posted will help construct an accurate legacy.

There are many resources that can be used to help preserve the past. One example is eterni.me, a website that allows you to create a lasting digital history. Dancy encouraged developers to create middle-wear to connect different sites together. The platform that is used is important, but the most important factor is you.

Dancy ended his address by talking about an episode of the British show Black Mirror entitled “Wish You Were Here.” In one episode the main character is able to reconstruct her dead boyfriend and interact with him. Ultimately, we may be able to reconstruct a 3D virtual reality of an individual using the data left behind, especially photos aggregated online. In many ways, in the future we may be able to make the past live again. 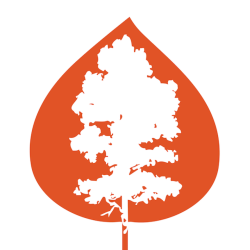